Aanandi Group is a global brand of Affordable Luxury properties specializing in building relaxed, modern lifestyle communities in the greater Mekong region.We are a full service, turnkey program management service provider who have been developing property throughout Asia for the last 30 years and turning it into a profitable investment.

Sue Ma’s career began in her family’s import and export business, which was established to leverage on the influx of Indochinese migrants into Australia in the late 70’s. This has played a large role in influencing Sue’s lifelong dedication to the needs of the Indochinese diaspora across the globe. After graduating from the University of New South Wales with a Master’s Degree in Commerce, Sue started working for the BKK Group. She established strong relationships across Asia while managing shopping centre developments in conjunction with the import and export of wholesale and retail merchandise.

As Managing Director, she took the company’s procurement business to new heights, forging into markets such as Hong Kong, Thailand, France, and Germany. Today, Sue continues to act as the Trustee and Managing Director of BKK and other holdings of the Ma Family. 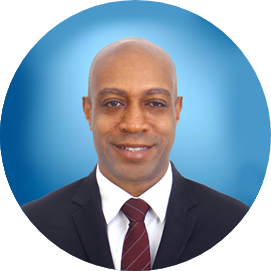 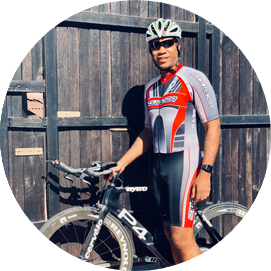 Les Glosby is a recognized, well-rounded executive with a diverse operational and logistics background. On top of numerous technical and business degrees including two Masters’ Degrees in Applied Physics and Software Engineering, he also has a MBA focused on project management. Les’s career highlights include significant construction projects across Europe, marine engineering projects across APAC, ASEAN and the United States, and numerous Research and Development projects for the U.S. Navy.

Les currently serves as the Chief Operating Officer of the Aanandi Group and the Managing Director for Aanandi Laos Operations. He has previously served as the Chief Operations Officer of Logistic Group Western Pacific (based in Singapore), with full accountability for day-to-day operational matters, leading a team of 20 military and civilian personnel and a team of 29 multi-national contractors across 14 nations to deliver contracted maintenance.

Mr. Muneyoshi graduated from Waseda University in March 1989, having attained his bachelor’s degree in Architecture from the School of Science and Engineering. He joined Itochu Corporation a month later in April 1989. In June 1996, Mr. Muneyoshi founded Creed Corporation and has been its President since, also serving as its Head of Strategic Investment Division.

Additionally, he served as Chief Executive Officer of Creed Corporation from June 1996 to December 1, 2006.Currently, Mr. Muneyoshi serves as Chairman and Director of Creed Corp, while taking on the role of Director at Fidec Corp.

Aanandi’s mission is to build and maintain a relaxed, modern atmosphere where the customer is provided with an end-to-end experience that satisfies all of their needs in a tranquil environment along the Mekong River and within the borders of Laos, Vietnam, Cambodia, and Thailand. Additionally, Aanandi will provide limited long-term or serviced apartments and affordable housing for the local market. Aanandi makes this commitment to our customers everyday whilst also doing it in a way that respects the local cultures. All this will be accomplished under a “green umbrella” that respects the health of our planet.

Unlike other developers that merely build, sell and transfer; the Aanandi Group aims to provide a full service package to ensure that owners are fully incorporated into a relaxed Mekong River lifestyle. Aanandi is interested in the long term satisfaction of its customers and will continue to support them over the long term. As most of our buyers are based abroad, Aanandi strives to ensure that relocation is hassle-free and provide each owner with complete peace of mind and ease of adjustment.

Our personalized services are based on the assumption that our buyers are unfamiliar with the day-to-day living conditions along the Mekong. Aanandi strives to become the premiere full-service, complete lifestyle package which offers post-40 year old buyers the opportunity to live in the relaxed environment of the Mekong without sacrificing the modern lifestyle comforts to which they have grown accustomed. Aanandi will also grow into a high-quality brand which is recognized throughout the ASEAN region and within the overseas diaspora community.

Aanandi is committed to a company culture of excellence through their values:

Aanandi Green is Aanandi’s commitment and dedication to the conservation efforts of our planet, all while providing groundbreaking solutions to various property development and management issues.